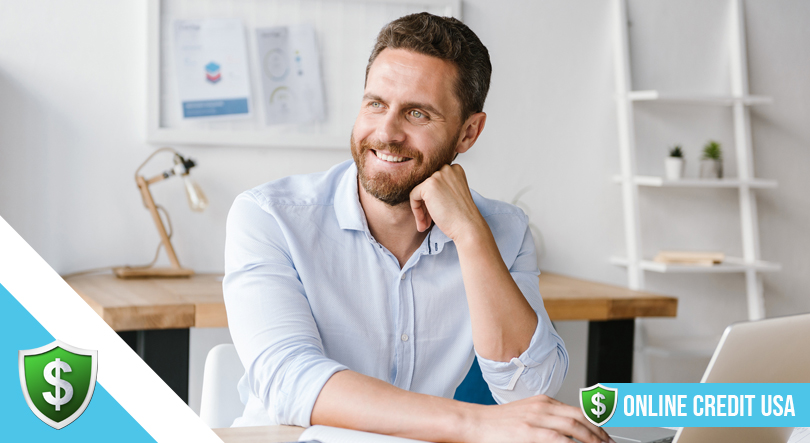 If you find yourself in need of some fast cash, a payday loan may look like the answer to your prayers. And, sometimes it can be. This kind of loan is available to almost everyone and no doubt you will have seen adverts for cash advances or quick cash loans available either through a lending store or from an online source. In this piece on facts and figures about payday loans we take a look at:

Should you borrow with payday loans?

Each state regulates payday loans through its own set of laws. There are thirty eight states where payday loans are legal and in the rest they are completely banned. Lender stores in most states can offer a simple solution to a short term cash flow problem but sometimes a payday loan may not be the right course of action to take.

Typically, a payday loan offers fast cash but the price you pay for borrowing is a high rate of interest.

Used in the right context, a payday loan can help you out of an awkward financial situation but what you may not know is that sometimes ordinary people, just like you, get into serious debt and are using this type of loan several times a year.

Typically, a payday loan offers fast cash but the price you pay for borrowing is a high rate of interest. Of course, the interest is only being charged for a few days or a month at the , so the fees for borrowing a small amount of money are not excessive. In addition, many people have no other access to credit so they use a payday loan as a lifeline. After all, if the bank refuses to help and you have no family or friends who are able to offer assistance, a payday loan can actually prevent you from being evicted for non payment of rent or can stop you from having your electricity cut off.

If you are suffering from severe financial problems there are many agencies that can help. Taking out a payday loan may be helpful but these kinds of loans should not be used regularly as a means of paying regular monthly bills.

Before choosing to borrow through a payday loan explore all other options. If you are finding it difficult to keep food on the table, a better first option would be to ask for help from your local debt charity where you can have access to specialist debt counselors who will help you to find a way forward and out of your financial difficulties.

During the years following the financial crisis there have been many studies about the payday loan industry with a lot of scrutiny from non profit making charities and organizations like the CFPB.

Those who have supported the loans industry argue that they are a necessity and allow families, who are occasionally in short term financial need, to get a few hundred dollars to pay an unexpected bill or to pay the rent.

The ease with which anyone can apply and get a payday loan is seen as a benefit but it can also be a drawback. Opponents of these loans point out that it is simply too easy to get into unmanageable amounts of debt when you use payday loans.

The Pew Charitable Trust has compiled a report with some facts and figures about payday loans and so have other organizations. Whilst the CFPB is making some progress in its efforts to limit the amounts that can be borrowed and is trying to force lenders to make affordability checks before approving loans, reading some of the facts about payday loans may help you to decide whether or not this kind of loan is suitable for your own individual financial circumstances.

Research into the payday loans market has produced some startling figures. The facts reveal some good information about affordability, the fees charged, interest rates, where you can find a loan and the kind of people who use the loans.

In spite of the bad press that payday lenders have received there are plenty of ethical companies that insist they are providing a much needed service. And, it is not surprising to discover that lenders actually want you to be able to repay the loan so most will not exceed the boundaries laid down by the regulations. Yes, there are some predatory lenders out there but in many states the strict rules imposed on the payday loans market help to prevent systematic abuse of the vulnerable.

Facts about fees and charges

One important fact to come out of the research and for you to take into consideration, is that most of the people using payday loans pay more in the total charges than they borrowed. This startling fact shows that borrowers are not using the loans in the way they were intended. The average consumer who uses a payday loan is in debt for five months of the year and is repeatedly paying out $520 in fees as the price for borrowing $375.

Most payday loans are due for repayment 14 days after the loan has been taken out and as lenders have access to the customer’s bank account, the sum due is taken out before any other important bills are paid. So, a cycle is started when the customer borrows again and again just to keep going.

Average earnings of a borrower

Most of the people who use payday loans are not in the lowest income group. The average income of a borrower is $30,000 per year and 58% of these consumers have difficulty meeting their regular monthly expenses.

Additionally, there is an industry that is rapidly growing for auto title loans. These loans are granted in exchange for the title deed to a vehicle and 2.5 million Americans use this kind of loan each year.

Borrowing on a regular basis means that there is something fundamentally wrong with your financial situation. This makes many payday loans simply unaffordable. Figures gathered from research show that an average payday loan necessitates a payment of $430 and this is due from the next paycheck. A figure like this takes up 36% of an average persons monthly pay when in reality most people can only afford to pay out 5% if they still want to cover all their regular outgoings.

A situation like this results in many people taking out another loan (a rollover) to pay off the first amount. This explains why the research shows that 80% of new loans are taken out within two weeks of the first one. Critics of payday lenders point out that this kind of behavior is why the loans industry is thriving. Three quarters of payday loans taken out in 2016 went to people who had used loans for 11 months of the year. This amount of constant debt is not sustainable so if you are reading this and recognize your own situation, now is the time to get some help.

Competition in the loans industry

In most other industries the amount of competition will drive down prices and costs but in the payday loan industry this does not happen. In some states there is a maximum rate of interest that can be charged. The high number of people needing a short term loan means that lenders do not have to compete for business and so they will charge the maximum interest rate allowed.

In spite of the bad press that payday lenders have received there are plenty of ethical companies that insist they are providing a much needed service.

Some states have no maximum interest rate set in the regulations and it is no surprise that in these regions, lenders charge the highest rates. There is some movement towards changing the loans industry with lower maximum interest rates and to include more affordable loans over a longer period. Where this has happened, many lenders have closed down simply because they were not making as much profit. But, borrowers have benefited from the longer terms and low rates and are only paying back around 4% of their paycheck each month. This has resulted in loans being paid off earlier and less financial hardship for the borrower.

Who are the borrowers?

People in the age group 25 to 49 are the most likely to borrow and those over retirement age take out the lowest number of loans. Most consumers are not college educated and those with an income between $15,000 and $25,000 per year are three times more likely to use loans than other income groups.

A large majority of people using payday loans admit that they take them out to pay for everyday recurring expenses. In fact, 69% of borrowers use the loans to pay for credit card bills, food, electricity and rent. Just 16% of borrowers stated that they used the loans as they were intended. That is, a short quick fix to pay for an unexpected emergency. If the new legislation does come into effect, it should help to prevent this type of borrowing as lenders will be forced to make affordability checks before granting a loan.

Most people in the US use a local lending store to take out a payday loan. However, there is an increase in the number of people using online lenders and this looks set to continue. In cities, more consumers take out payday loans than those living in rural areas. The most simple explanation for this is that there are more stores available so access is easier.

As the number of online lenders increases more people will have easier access to payday loans and figures show that using the Internet for any kind of financial product is becoming more common.

As the number of online lenders increases more people will have easier access to payday loans and figures show that using the Internet for any kind of financial product is becoming more common. Those who live in the south take out more loans than people living in the northeast and many of these rely on online lenders. Store lenders are prone to setting up shop in underprivileged areas where poverty rates are higher than the average. And, in states where unemployment is high, there are more lending stores.

Summary of facts and figures about payday loans

If reading these facts and figures has made you think twice about applying for a payday loan, this is a good thing. It is very important to remember that this kind of loan was designed to be used only for an emergency and only for a short length of time. Payday loans are not meant to be used continuously and a situation where this happens can only lead to unmanageable financial problems. Now that you have some of the facts and figures at your fingertips you can make an informed decision about whether or not a payday loan is going to be useful or would lead to more financial problems. 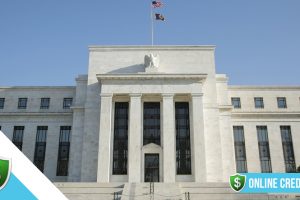 Financial Regulators In The US