Ever since the financial crisis that enveloped the US in 2008, there has been a rise in the number of people using payday lenders. When mainstream banks withdrew easy access to credit cards and personal loans, and when they started foreclosing on mortgages, many ordinary Americans with a low to middle income found that payday lenders were the only option available for urgently needed emergency funds. In this article we look at:

When you are in a situation where you desperately need a sum of money to cover an emergency payment, you may not always stop and think about the kind of deal that is on offer. This article is there to help you assess and choose the best possible deal on a payday loan.

If a payday lender promises you funds within a matter of minutes it is easy to ignore the warning signs that might point to a deal that is too good to be true. Payday lenders offer immediate access to money with no background credit checks and the collateral they are using to offset their risk is your next paycheck.

Some lenders are operating using loopholes in the law either by basing their businesses on tribal reservations or by subtly changing the terms of the product so that it does not fall within the state government regulations that apply to payday loans. So, you could find that your good deal involves very high rates of interest, a longer term than normal which adds to the cost or being in a situation where you have to constantly renew the loan because you cannot afford to pay it back on time.

In the early days of the recession, this kind of lender was often compared to a loan shark as the rates of interest they charged were extremely high. Additionally, anyone could renew their loan almost indefinitely and many families who were living from one paycheck to the next found that they were being sucked into a cycle of debt.

The states where payday loans are now legal have all put into place some safeguards in order to try and prevent financial abuse.

The Consumer Federation of America declared that payday loans were abusive and that lenders were predatory, a charge that the Community Financial Services Association of America vehemently denied. The CFSA publicly stated that the federation was opposed to the private sector offering financial assistance. It also said that the reasons behind the high rates of interest were the short term nature of the loan and the high risks and high costs associated with non payers.

The legality of payday loans

After so much bad publicity and instances of real hardship that occurred when families used payday loans, the states where payday loans are now legal have all put into place some safeguards in order to try and prevent financial abuse. The Center For Responsible Lending pointed out that many families were trapped in a cycle of debt and that lenders make most of their profits out of people who are repeat borrowers. 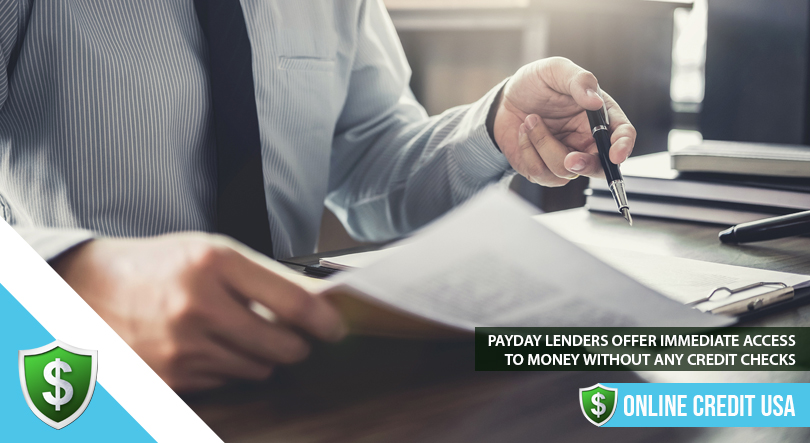 The situation goes like this. You get paid, you go to pay off your loan but then find that there is not enough cash left to pay for food and bills until the next paycheck so you start the cycle again and take out another loan. Payday loans may be legal but they should not be used as a means of increasing your monthly paycheck to pay for day to day expenses.

There are 38 states where payday loans are legal and all of them have imposed some kind of regulations so that borrowers are not abused by unlawful or predatory practices. Instead of instilling a limit on the rate of interest that may be charged, many states have put into place stricter regulations that lenders must adhere to regarding the ability of the customer to pay back the loan.

So, some states have an unlimited rate of interest but customers may only borrow a certain percentage of their monthly income. Others have imposed restrictions that do cap the interest rate and most do not allow payday lenders to take customers to court for non payment. There are also some limits imposed on the amount of fees that can be charged for non payment and lenders have to sort out a repayment plan for those who are in real financial difficulty.